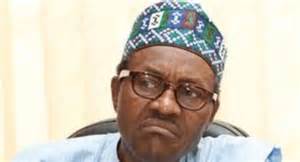 This news medium, brought to the attention of the public the LIES and DECEIT of Gen. Buhari led Junta's presentation of 2016 fiscal year Budget to the National Assembly. In continuation of his "deconstruction of the Budget of lies and deceit", Christian Rowland, of  Rowland Gate Media came up with part-2 of his analysis.

Excerpt: Paragraph-26. Distinguished members of the National Assembly, I now present, the 2016 Budget proposals of the Federal Government. Based on the assumptions I presented earlier, we have proposed a budget of N6.08 trillion with a revenue projection of N3.86 trillion resulting in a deficit of N2.22 trillion.” “Paragraph-28. In 2016, oil related revenues are expected to contribute N820 billion. Non-oil revenues, comprising Company Income Tax (CIT), Value Added Tax (VAT), Customs and Excise
duties, and Federation Account levies, will contribute N1.45 trillion. Finally, by enforcing strict
compliance with the Fiscal Responsibility Act, 2007 and public expenditure reforms in all MDAs, we have projected up to N1.51 trillion from independent revenues.

From Paragraph-28: N820 billion + N1.45 trillion + N1.51 trillion =
N3.78 trillion. So is Buhari telling his Nigerian people that N3.86 trillion = N3.78 trillion? If this is
not true, then which one are we to believe as the projected revenue (N3.86 trillion or N3.78 trillion) or
is the simple arithmetic so hard for his gangs to understand? According to Buhari and his
gangs: “Nigeria’s job creation drive will be private sector led. We will encourage this by a reduction in tax rates for smaller businesses as well as subsidized funding for priority sectors such as agriculture and solid minerals”. He went further to state that: “We have focused on non-oil revenues by broadening our tax base”.

How can you reduce tax rates and
subsidize funding for priority sectors on one hand and on the other hand you are “broadening the tax base”? This is policy inconsistency which has the potential to throw kinks in the economy and add to the debt
overhang. It is either Buhari and gangs are not sincere or they simply don’t know what they are doing. “To set the proper tone, one of our early decisions was the adoption of a zero based budgeting approach, which
ensures that resources are aligned with Government’s priorities and allocated efficiently”.

There is a “double-dipping” on three budget entries which are 1- Defence, 2-Ministry of Interior, and 3-Special Intervention Programs. These three are found both on Capital and Recurrent Expenditures and totalling $1.128 trillion. Secondly, Education and Health when combined is approximately 50% of these
aforementioned three budget entries. This is also the same case for the combination of Transport and Works/Power/Housing when compared to the trio in the budget entries. So, is Buhari and gangs
telling his Nigerian people that these three items on the budget entries have higher priorities than Health, Education, and the provision of critical infrastructure as represented by Transport/ Works/Power? What manner of “Government’s priorities and efficient allocation” is this? “We aim to ensure macroeconomic stability by achieving a real GDP growth rate of 4.37% and managing inflation.”

Do Buhari and gangs know that Gross Domestic Product (GDP) is a measure of economic activity which captures the value of goods and services that a country produces during a given period? What goods and services are being produced in a country without electricity? How did they calculate their GDP in the first place? And what is the real inflationary figure to date and what is the projected figure for 2016 even before we ask Buhari and gangs how they plan to “manage Inflation”? Even with a strong manufacturing base, the
USA have a projected GDP growth of 2.9% in 2016. Has it never occurred to Buhari and gangs that Nigeria’s GDP has been experiencing negative growth in the past three years and will get worse with the flop in the oil industry in addition to the absence of manufacturing capability and capacity?"