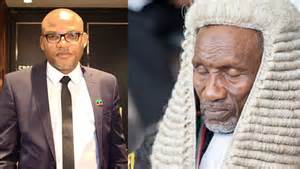 A federal High Court judge has refused himself from hearing treason charges brought by the government against Nnamdi Kanu, the leader of the Indigenous People of Biafra.
Justice Ahmed Mohammed announced the decision on Wednesday in Abuja after Mr. Kanu objected to the case, saying it was needless, as the federal government had repeatedly disobeyed previous court rulings.
The government is accusing Mr. Kanu of plotting to split Nigeria, by creating a Biafra Republic with south east, south south states, and parts of Kogi and Benue states, as component units. 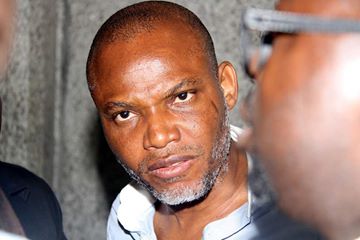 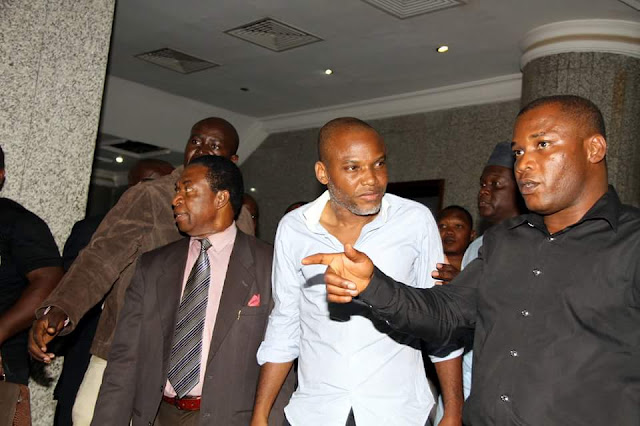 Nnamdi Kanu Fearless Eyes In Today's Secret Court Shows A Brave Man With  A Lion’s Heart Like They say a Honest Man Fears No Accusation.

Mr. Kanu, who was arraigned before Justice Mohammed Wednesday, told the court before commencement of the prosecution’s plea that he preferred being held in the detention, than subjecting himself to a trial, which outcome will not be respected.
He said his previous trials had various outcomes that were abused or neglected by the office of the State Security Service, SSS.
Mr. Kanu therefore stated his outright objection to the trial in the court.
The counsel to the prosecution, who is also the Federal Director of Prosecution, office of the Attorney General, Mohamed Diri, told the court that based on section  396 (2) of the constitution, the defendant had no right to object to being tried by the court until after the plea is heard. 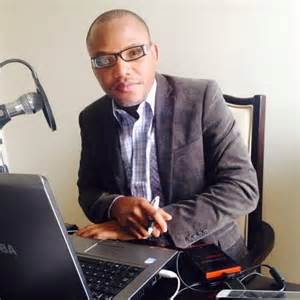 An America citizen and legal practitioner has this word for the NBA and the Judicial system. Jeff said " It is rather appalling that an Institution of government who does not obey an order of court, is still going to the court whom they treat with contempt to seek redress, this of course has a damaging effect on both the bar and the bench, it is therefore trite to urge the judiciary to dismiss any further charges brought by the DSS to any court in Nigeria, with regards to this same issue hence they do not have respect for the law and the court.
I also want to call on the Nigerian Bar association to rise to the occasion and condemn the actions of the DSS, and to be also followed by the National Judicial council of Nigeria in the same condemnation.

No system shall function effectively without total commitment to the rule of law and obedience to the decisions of the court of law.
Thanks 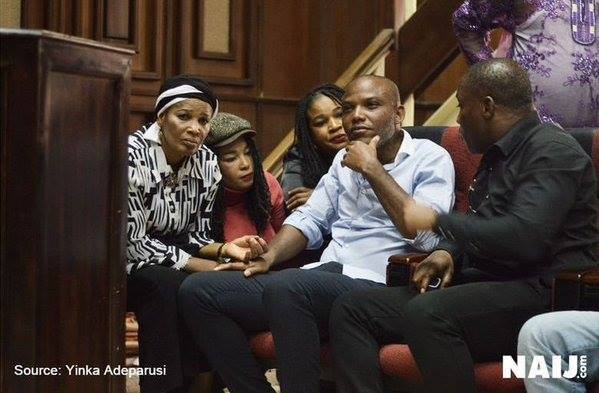 Jeffery Langley Anchorage Alaska USA" When we told the world of this savage satanic expression called "Nigeria" that its is a nightmare to human race and a cancer to humanity that must be brought to an end.
Several benefactors of this satanic empire called Nigeria called us hate preachers and divisive people. what is this case proving to humanity, This vindicate every one this expression called Nigeria has ever murdered or imprisoned. there is no rule of law, no respect for the judicial system, But the judge said he was standing down from the case, saying Mr. Kanu had the right to reject the trial, “after all justice is rooted on confidence”. If any of the parties has no confidence in the court, he has the right to say so”, Mr. Mohammed ruled. He noted that the prosecution would have done the same thing if they were in Kanu’s shoes.
“Assuming it was the prosecution, if they had no confidence in the court of jurisdiction; would they not have done so?”
“I hereby remit the case file to the honorable chief judge of this court to reassign it,” the judge said. 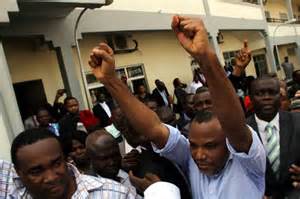