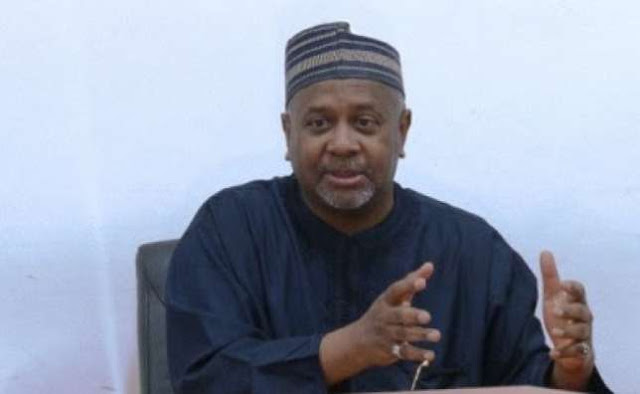 
Overwhelmed by the recent turn of events around him , the embattled former National Security Adviser, Col Sambo Dasuki (Rtd), has opened up on how he facilitated the victory of the All Progressives Congress, APC presidential candidate President Muhammadu Buhari. at the May 28 presidential polls against that of his then boss former President, Dr. Goodluck Ebele Jonathan.

“I gave my best for this transition, which led to the victory of the opposition over the ruling party”, Dasuki said Dasuki, who was placed under house arrest between Thursday evening and Friday afternoon by operatives of the Department of State Security Services, DSS, said he intentionally turned blind eye to breaches and actions of the opposition APC against the administration of former President Jonathan, because he wanted to be “fair to all as NSA”.

Dasuki who was retained in office by Buhari more than one month after the Jonathan’s administration that appointed him left the presidential villa, was eventually sacked in July. According to Dasuki he “had security cause to act on some issues” but opted not to do what he should have done and that inaction on his part led to the victory of President Buhari in the March 28 presidential election.

“I was fair to all as NSA. Even when I had security cause to act on some issues, inflammatory comments and actions against the government of the day by those in the opposition, I exercised restraint. I did not restrict anyone’s movement, I never asked security agent to occupy anybody’s house.

“But that is the new change we have, this is our own definition of democracy. All I know is that everything has a beginning and an end in a democracy. I gave my best for this transition, which led to the victory of the opposition over the ruling party,” Mr. Dasuki said.

Speaking in an interview with The Nation, Col. Dasuki accused the Muhammadu Buhari administration of witch hunt and lamented that the administration he assisted to power is now desperate to nail him for uncertain reasons.

Recalling his travails in the hands of DSS officers and operatives, Dasuki said “the SSS operatives came in two trucks with a search warrant from a Magistrate Court. The warrant gave them the power to search for illegal weapons and any incriminating item. You can imagine what that is supposed to mean..