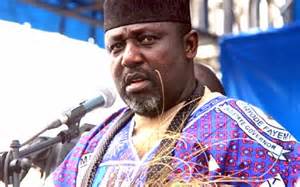 
OWERRI—Reactions have continued to trail what the Bishop of the Anglican Diocese of Egbu, Rt. Rev. Geoffrey Okorafor tagged “workers’ death warrant,” issued by Governor Rochas Okorocha, which workers must sign before collecting their salaries.

Similarly, the organised labour described the new and compulsory form issued by the state government as an indirect way of having their way in their current move to sack workers.

Bishop Okorafor spoke with Vanguard in an interview, while  the state Chairman of Nigeria Labour Congress, NLC, Austine Chilakpu, who addressed the  aggrieved workers in Owerri, called the document,  a “deadly form.”