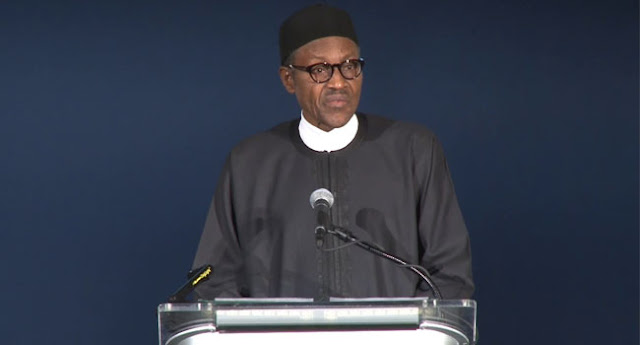 With respect to the recent Budget presentation by the Nigerian Junta Mohammed Buhari for the 2016 fiscal year, i want to deconstruct Buhari's lies.

"According to the president of Nigeria General Muhammadu Buhari: "2016: Budget Assumptions; After reviewing the trends in the global oil industry, we have set a benchmark price of $38 per barrel and a production estimate of 2.2 million barrels per day for 2016. In 2016, oil related revenues are expected to contribute N820 billion".
Following the above quote from Gen. Buhari, Dr. Iroanya has these revealing calculations below pertaining to the oil benchmark for the 2016 Budget.
"1. Barrel of crude oil = $38 Estimated production per day = 2.2 million Gross earning per day based on $38 per barrel = $83.60 million Gross earning for entire 2016 (365 days) = $30.514 billion 2016 Gross earning in Naira (assuming $1 = N200) = N6.1028 trillion. But, according to Buhari, expected revenue from oil = N820 billion. Difference between Gross earning and Expected revenue = N5.2828 trillion. Percentage of Expected revenue to Gross earning = 13.44%. Percentage of the Difference to Gross earning = 86.56%.

1. What is the total amount, per barrel, of crude oil that comes to Government after sales, that is, after removal of the cost of operation/production?

3. Can Buhari and his gangs explain what happened to the difference between the 2016 Gross earning and 2016 Expected revenue which stands at N5.2828 trillion?

4. Is Buhari with his gangs telling his Nigerian people that out of N6.108 trillion, Nigeria will only receive N820 billion? And if so, why? What happens to the remaining N5.2828 trillion or is that the cost of producing 803 million barrels of oil in the course of 365 days? If so, how did that N5.2828 trillion cost come about?

5d. If not, then into who's account, has this $32.894 per barrel gone? ( Christian Rowland ) is asking Buhari and his gangs".,We may recall that after the presentation of the budget, the Nigerian main Opposition Party - formal ruling Party, People Democratic Party (PDP) immediately rebuked the budget, saying it is a FRAUD.

6. Buhari why is it that out of all the proposed budget it was only oil you tried to analyze is it only oil that your head could think about ?

6b. What has happened to investing in agriculture in the southern regions or don't you know there are more fertile land in the south-east/ south-south ?

BUHARI'S BUDGET ARE FILED WITH LIES & DECEIT !!!  SO BUHARI IN YOUR BUDGET WHO IS FOOLING WHO IN YOUR SO CALLED CHANGE… ?


written and edited By An Analyst,
Christian Rowland.