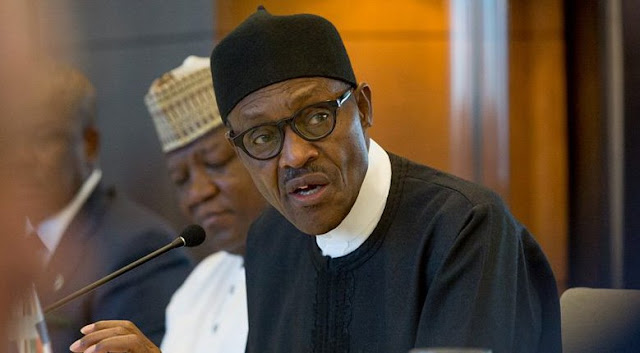 Over 900 signatories in just over 48 hours of being created. The petition, created by lawyer, Carol Ajie, followed comment by Mr. Buhari that a former National Security Adviser, Sambo Dasuki, who is being prosecuted in relation to an alleged misappropriation of $2.1 billion; and the leader of separatist group, Indigenous People of Biafra, Nnamdi Kanu, despite court orders that they should be freed during last Wednesday Presidential media chat. The online petition calling on President Muhammadu Buhari to resign for disobeying court orders to release some high-profile detainees has gathered so far, the petition has collected 900 signatures out of its 1,000 person target.

On May 29th 2015, a former Military Dictator, Muhammadu Buhari, sequel to a contested election in March 2015 against a sitting President in Nigeria, the first time in Africa, an incumbent handed power peaceably, smoothly, heroically to a political rival, the petition posted on Change.org read.Whereupon Mr Buhari then took the Oath of Allegiance to protect the Constitution of the Federal Republic of Nigeria 1999 and the President’s Oath of office to discharge his duties faithfully, in accordance with the Constitution and the Laws of Nigeria.

Within President Buhari’s first year in office, too soon after he took the revered Oaths, he and state agents acting under his supervision, now demonstrate total lack of respect for Court Orders and at his maiden media chat on Wednesday 30th Dec., instant, Mr President made puerile attempts to justify these breaches, he said inter alia that some persons his regime locked up in cells dehumanized against court orders, Nnamdi Kanu had travelled without his passports.The petitioner argued that the government should have deported Mr. Kanu or release him after detaining him for a period of not more than seven days instead of holding him indefinitely as stipulated by the Immigration Act or the Administration of Criminal Justice Act.

But under the Immigration Act, the President or the Minister may deport anyone who travels without a valid travel document or detain for a period not exceeding 7 days. In holding Mr. Kanu beyond the required period they have infracted on the Immigration Act, the Administration of Criminal Justice Act, the Constitution of the Federal Republic of Nigeria 1999 and subsisting court orders.She further stated that Mr. Kanu’s agitation for the emergence of a breakaway country called the Republic of Biafra is in line with the right of self-determination as stipulated by the United Nations Covenant on Civil and Political Rights, which Nigeria is a signatory to.

With regard to issues of “self determination”, the crux of Nnamdi Kanu’s campaign of the Independent People of Biafra, IPOB, having communicated IPOB’s intent to all and the United Nations as required by UN Covenant on Civil and Political Rights ratified by Nigeria, that people of any community or group may wish to exercise the right of self-determination with a view to pursuing their economic, social and cultural development; aware that their dignity as human persons had deteriorated and been consciously degraded under the present dispensation, sadly appearing power inebriate. She, therefore, called on Mr. Buhari to resign as President if he is not prepared to obey court orders or risk being impeached from office.

The Presidency declined to respond to the petition. An official said it would be inappropriate for the presidency to dignify such a petition with a response. He however said, “The truth is there are fresh charges against the detainees,” the official said. They were simply rearrested after they were released folowing the filing of fresh charges against them. So we don’t know what people are talking about when they talk about the government disobeying court order..

Please What Are Your Comments ?
YOU CAN READ MORE AT...
http://rowlandgatemedia.blogspot.com.ng/