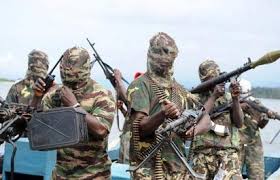 The latest madness consuming the blood-thirsty oil thieves called Nigerian leaders and their vandals (the Army) is their decision to take war to the people of Niger Delta. We hear that the devils from Northern Nigeria (with support from their Yoruba counterpart from the West) have launched what they call “Exercise Crocodile Smile” to train for war against Niger Delta freedom fighters, the Niger Delta Avengers (NDA).
The Army reportedly declared during the week that “The Nigerian Army will from this weekend commence another training exercise codenamed ‘Exercise Crocodile Smile’ in 82 Division and part of two Division areas of responsibility traversing South-south geo-political zone.”
At this juncture, it is important that those who know how to reach these Nigerian devils inform them that while they are making plans to attack the so-called Niger Delta, or South-south; they should equally make plans to contend with the South-east once they commence hostilities. As they plan to take on Ijaw people, they should also plan to take on Igbo people. Their plans should therefore be on how to fight all Biafrans.
The days of dividing Biafrans to defeat them are over. This time around Biafrans are together – hand in hand and shoulder to shoulder. our ranks can no longer be broken. Pain on one is pain on all. If you contend with anyone – Ijaw, Ibibio, Igala, Igbo, Idoma, Efik, Ogoja, and others – be ready to contend with all.  The time is now to show these criminal Nigerians that we will stand to defend ourselves. We will stand  to defend our land. we sill stand to fight together.
We know who we are. We know we were same people living together in peace and harmony before the British came to our land. Before the British cobbled together this contraption they called Nigeria, which expired in 2014, we were Biafrans, and we knew it. If in doubt, consult the profile of Presbyterian Church. Part of it reads: “Rev. Hope Masterton Waddell, arrived Calabar where they set up the first congregation of what is now known as The Presbyterian Church of Nigeria. From Calabar, the Church began to grow. “In 1858, it was constituted as the Presbytery of Biafra. This Presbytery of Biafra metamorphosed into the Presbyterian Synod of Biafra in 1921. The Church continued to witness remarkable growth until 1945, when the Presbyterian Church of Biafra was constituted, with the Synod as its highest court. In the same year, the white missionaries handed over the Church administration to Nigerians. The Presbyterian Church of Biafra became the Presbyterian Church of Eastern Nigeria in 1952.”
So, we knew we were Biafrans, even before the Europeans came. That was why when the time came in 1967 for our people to exit the evil contraption that Britain created, Frank Opigo, former Principal of Okrika High School, who hails from Oporoma in Bayelsa State, did not mince words. He declared to His Excellency, Chukwuemeka Odumegwu-Ojukwu: “We are Biafrans; our name is Biafra”.
Those who know the history can tell how we worked together in peace and harmony as one people. We lived apart in a confederation, but we were one people. Though living apart as separate peoples, we confederated with love and understanding. Without Police or Army, we maintained a sane society; we did not go to war with each other; we did not conquer one another; neither did we make empires from one another. We knew we were great people because after seeing the complex, but seamless societies we ran, the British describe us as the “Great people of Biafra” in the treaty they signed with leaders of Biafra and Itshekiri. 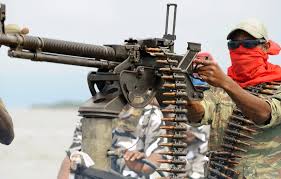 The above historical account is the major reason why we will no longer be deceived by divide-and-rule tactics of evil Nigeria. This is why any attack on Ijaw is an attack on Biafra, and so we will do everything to defend Ijaw land.
Nigerian government with its evil Army says it wants to go to war with the Avengers because they (the Avengers) have been bombing oil pipelines. But we are asking them how what our people do with their resources becomes a problem for Nigeria. A people say they no longer want the resources in their land exploited, how does that concern Nigeria?
We Biafrans are not complaining why should Fulani people from Feuta Djallon Mountain in Senegal and Yoruba people from Western Nigeria complain? This is why we are sounding it loud and clear that Muhammadu Buhari and his Northern Nigeria Islamic Army should not take war to Niger Delta. If they want to fight Ijaw, they should be ready to fight the Igbo also. An attack on Ijaw is an attack on, not only Igbo, but Biafra as a whole.


Nigerians are planning this war because they thought it would be like before when while we are divided, squabbling and fighting one another, they would attack a part and get away with it. Those days are gone. It will never happen again. If one part of Biafra is attacked, the other parts will no longer stand by and watch. Never! We will join the fight!

Email: rowlandlove2015@gmail.com
To Advertise On Our Website,
Rowland Gate Media Editorial World.
Let Us Know What Your Comments Are ?
Posted by Unknown at 10:49