TENSION !!!! AS ND-AVENGERS TELLS NIGERIA MILITARY BRING ON ALL THE DRONES YOU CAN BUY FROM EUROPE AND USA, WE ARE WAITING... 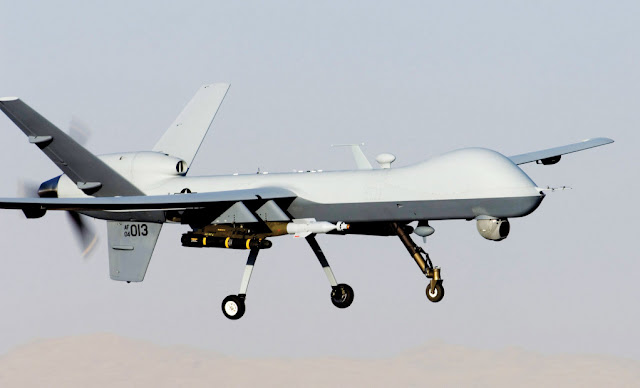 TENSION !!!! AS ND-AVENGERS TELLS NIGERIA MILITARY BRING ON ALL THE DRONES YOU CAN BUY FROM EUROPE AND USA, WE ARE WAITING...

The Niger Delta Avengers has revealed that the federal government amidst the reported peace talk with agitators in the Niger Delta is striking a deal with the United States on purchase of drones to combat the freedom fighters.

In a statement released by the NDA's spokesperson Brig. Gen Mudoch Agbinibo, the group reiterated it resolve to crumble the nation's economy as the president has failed to follow the right path which is genuine dialogue that would be conducted in the presence of the international community.

This whole thing makes us to wonder what kind of country is this? We can all see that President Buhari led government is fraud. They are not serious about any dialogue and made it seems the Niger Delta Avengers are the ones not ready for dialogue.

Mr. President you can purchase all the drones in Europe and Untied State. It won’t stop the Niger Delta Avengers from bringing the country’s economy to zero.

The worse you can do is to kill poor innocent people which the military is good at but know the Nigeria Economy will suffer. Also noted, you will not be able to export one litre of crude in the Niger Delta. Just intensify the oil exploration in the North East as for the ones in the Niger Delta forget about it because the Nigeria government won’t export a drop from our land.

Email: rowlandlove2015@gmail.com
To Advertise On Our Website,
Rowland Gate Media Editorial World.
Let Us Know What Your Comments Are ?
Posted by Unknown at 13:03