EXPOSED!!! ENEMIES OF THEIR FATHERS LAND PASTORS AND OHANEZE NIDIGBO 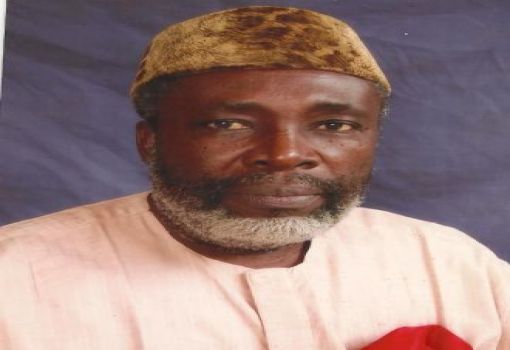 
The gang up between Ohaneze Ndigbo, Rev. Fathers and Church leaders in Biafra land against Biafra restoration efforts has been Exposed. If you are not for me, you are against me. If you are not for us, you are against us. The romance going on between the Religious Leaders in Biafra land and the Islamic led government of Nigeria can only be likened to the romance of the sheep and the wolf. It is certain that soon she will be the meal on the Wolf's table. The agitation for the independence of Biafra from the Nigeria state is a long time and still ongoing struggle to extricate Biafra from the corrupt edifice of evil Britain. The reason being the continuous marginalization and targeted slaughter of the Biafrans in various parts of Nigeria and in Biafra land since 1945 till date. Apart from the political marginalization and segregation against the Biafrans in the Nigerian Politics, the latest determination of the Hausa Fulani led government of Mohammadu Buhari to continue their subjugation and strangulation agenda  and then render the Biafrans both economically and politically irrelevant in the nigeria polity before Islamizing them is worrisome. Note this. 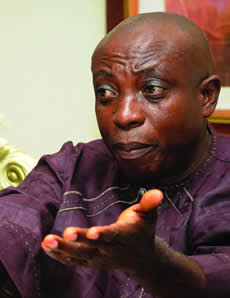 Nigeria is a member of the organisation of Islamic Countries [OIC]. And Buhari VOWED to ensure the complete Islamization of of Nigeria among which Biafra land is part of. The whole of Northern States have been conquered and all the Christian churches there have been burnt down, and where there exists churches not yet torched, the government has declared the worship days "State Clean Up" days to disrupt christian activities. Now the only virgin land untainted by Islam is Biafra land and Buhari has vowed to conquer it. And to achieve this, Buhari has sort the services of Ohaneze, Rev. Fathers and church leasers and have voted  unspecified millions of Naira and distributed same to the church leaders, Rev. Fathers and priests  and the Ohaneze group to talk and campaign against the agitators of Biafra restoration. 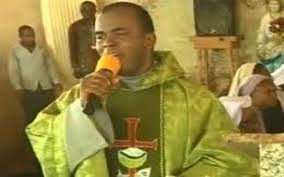 The leader of this group Father Ejike  Mbaka have not hidden his hatred against Biafra restoration struggle by calling the protesters "agents of devil" having received millions of Naira from Lucifer himself, Buhari. Other Reverend fathers and church priests in Biafra land have followed suit by either condemning the protest for the release of the detained leader of IPOB, Nnamdi Kanu taking place across Biafra land now or not condemning the extra judicial detention of Nnamdi and the subsequent shooting and killing of unarmed IPOB members protesting all around Biafra land. Incredible! 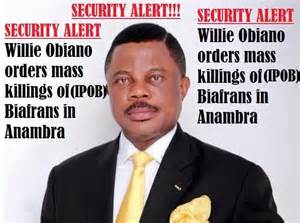 Its very disheartening to note that neither the Ohaneze Ndigbo (the so called socio-cultural organization of ndi Ibgo) nor the Church leaders have condemned in any form the arbitrary killings of Biafrans and the extra judicial incarceration of the leader of the Indigenous people of Biafra and Director of Radio Biafra, Prince Nnamdi Kanu, contrary to the calls by other Nigerians of other ethnic groups for the release of Nnamdi Kanu and the right of Biafran to self determination as enshrined in the UN charter and freedom of expression as entrenched in the Nigeria constitution.

They have not called any Press Conference or made any press statement condemning the extra judicial detention of Nnamdi Kanu and killing of unarmed Biafrans peacefully protesting for his release. Instead, they have been calling and distributing this ill gotten blood money to gulible and hungry Biafrans to join them in this act of sabotage against Biafra restoration. We are therefore using this opportunity to call on all Biafrans and IPOB members to shun these saboteurs and their money, because corruption have no place in Biafra land. 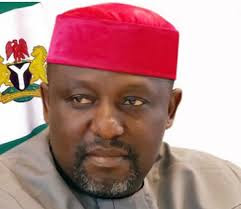 In the same vain, the Indigenous People of Biafra wants to make it clear to all Biafrans that all the South Eastern and South Southern governors are saboteurs and have been working with Hausa Fualnis to scuttle the Biafra agitation and to further Islamize the Biafrans. They do not represent our interest and do not negotiate in any way on behalf of Biafrans. IPOB hereby disassociate itself from all the activities of the Southern states Governors and the Ohaneze Ndigbo in the name of call for negotiation or settlement, for there is no negotiation until the leader of Indigenous People of Biafra, Nnamdi Kanu is released whole and hearty And let this also sound as an advice to the illiterate pedophile president of Nigeria not to waste his money on trying to buy the Reverend Fathers or the corrupt Ohaneze Ndigbo, because these people are on their own to enrich themselves and does not speak for the people of Biafra or represent our interest. We want to reiterate here that any plans by any one whatsoever to frustrate the Biafra restoration struggle will amount to efforts in futility.
OHANEZE NDIGBO, AND THE CHURCH LEADERS DO NOT REPRESENT BIAFRANS. Indigenous People of Biafra have determined that the restoration of Independent state of Biafra is a "do or die" affair, and the peaceful protest for the release of Nnamdi Kanu continues across Biafra land until he is released. Long Live Biafra. 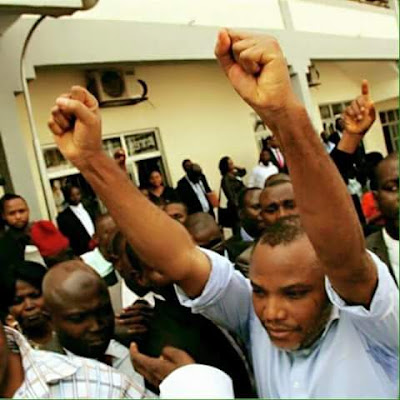