NIGERIA TERRORIST!!! AS NATION....CONTINUES THE USE OF CHILDREN SUICIDE BOMBERS " 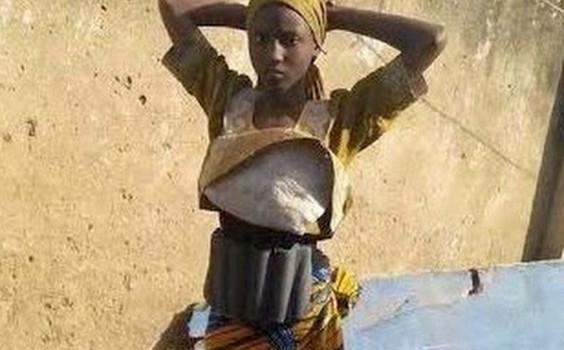 NIGERIA TERRORIST AS NATION....CONTINUES THE USE OF CHILDREN SUICIDE BOMBERS "

Three Nigeria Children "suicide bombers" are killing people at a checkpoint: six dead.
Little terrorists, between 10 and 15 years old, blew themselves up in the state of Borno in northeastern Nigeria, killing six people and wounding at least 24 others. Its clear to the whole world, that the Nigerian Government is officially an  Islamic State,  where who is Christian is in danger of life. For some times now, the Nigerian Government led by President Muhammadu Buhari (originally from Hausa Fulani) continues to kill innocent people especially Biafrans, in order to eliminate all the people of the State of Biafra and seize their cultural and economical  heritage. The Biafrans are now demanding the immediate and unconditional release of their leader and Director of IPOB, Mr. Nnamdi Kanu, who was arrested last October 14, 2015 in Lagos, by the Department of State Service (called DSS) of the Nigerian Government.........as Biafrans (IPOB) CONTINUES TO PROTEST PEACEFULLY IN SOLIDARITY WITH THEIR LEADER NNAMDI KANU. The Nigerian DSS tortured Nnamdi Kanu in every way of the word "torture". He was severely beaten humiliated and given all manner of inhuman and degrading treatments. He was being forced to eat what he doesn't want to eat leading to a serious undernourishment while in  prison. 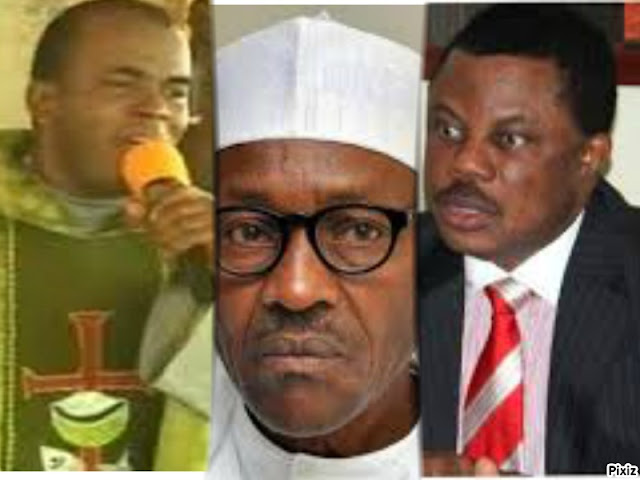 EJIKE MBAKA AND WILLIE OBIANO (Notorious Saboteurs with the Devil )


In Alliance with the Nigerian President, Mohammed Buhari, many prominent Igbo men and politicians have joined  hands to destroy IPOB and all Biafrans. Almost all the governors in Biafra Land including namely; Willie Obiano (Governor of Anambra State, Biafraland); Rochas Okorocha (Governor of Imo state, Biafraland); Ohanaeze Ndigbo (A socio-cultural group, Biafraland); Reverend Ejike Mbaka of the Catholic Church called "Adoration Ministries" in Enugu, Biafraland and many others. For those who did not know, Reverend Ejike Mbaka is the one who prays and preaches well and rations badly. For example, in his church he prays the Lord Jesus while in his private, he glorifies the devil (idolatry), and makes pact with the Devil Buhari putting himself against his people, the Biafrans, all because Rev. Ejike Mbaka  aims to the power and to the post of President of the CAN (Christian Association of Nigerian). What will he not do  for money and power? Because Ejike Mbaka cannot see beyond his nose, he would have know that no Biafran, in fact, every Biafran who runs to Nigeria against his people comes home in utter disgrace. From Nnamdi Azikiwe to Alex Ekwueme to Isaac Adaka Boro...the list is endless but as the Biblical Harlot, Mbaka is romancing with the wild beast. And as the Bible puts it, she will be devastated by the the wild beast and his desolateness will be an object of astonishment to the people who know him as they will stand far and watch in wonderment. 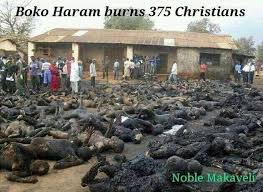 Over the past six years the Nigeria  Islamic extremists Boko Haram have brought about 20 thousand deaths and driven from their homes 2.3 million people, according to Amnesty International.
Information reaching IPOB from a reliable source has it that the president Buhari is planning to kill the leader of IPOB, Mr. Nnamdi Kanu, while transporting him to kaduna, Nigeria, and then drop the blame on Boko Haram. This is an ALERT from IPOB and Biafrans worldwide making them to call the British government, Russian and Chinese, and the rest of the world to prevail on Nigeria government to obey the International  Law and to ensure that Nnamdi Kanu is immediately released and not killed .