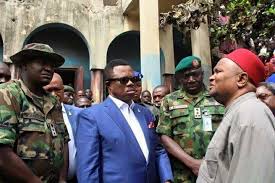 Following our call on members of the public to check the whereabouts of their possibly missing friends, neighbors and relatives in connection with the dastardly act, and report such to us through contact links attached in the statement; more details have emerged.

The details include the abduction of two members of the royal family of Ichi Community in Ekwusigo Local Government Area of Anambra State. They are Princes Ogechukwu Okonkwo (31) and Nzubechukwu Okonkwo (25). They are sons of Prince Emmanuel Okonkwo; younger brother of the traditional ruler of Community, His Royal Highness, Igwe Lawrence Nwafor Okonkwo. Prince Nzubechukwu Okonkwo was shot by soldiers in two sides of his stomach and was rushed alongside others, by sympathizers to the Multicare Hospital in Omagba Phase 11, Nkpor in Idemili North LGA of Anambra State. 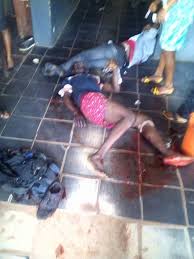 While they were being attended to in the Hospital, the atrocious soldiers stormed the Hospital at 10:08pm and bundled all of them numbering 22 away including some sympathizers and relatives assisting them. They were taken to the Onitsha Military Cantonment, which is a stone’s throw from the Hospital. The soldiers returned late night with five critically injured ones, who were at the point of death and ordered the director of the Hospital to continue their treatments and not to allow any of them to leave the Hospital. The Hospital Director was further ordered to routinely update the Commander of the Cantonment, Col Issah Abdullahi (08053862233). Among those abducted and still held hostage at the Onitsha Military Cantonment are those that sustained leg and arms injuries from the lethal military gunshots.
Till date, the state of their injuries has not been ascertained. Among the sympathizers and relatives of the shot citizens bundled to Onitsha Military Barracks is the elder brother of Prince Nzubechukwu Okonkwo (07019375418); Prince Ogechukwu Okonkwo (08123992263). The 17 citizens taken hostage and seized at the Onitsha Army Barracks since Thursday under the directive of Col Issah Abdullahi are yet to be freed."...........
By.........Rowland Gate Media.

Please What are your Comments ?
Posted by Unknown at 04:31