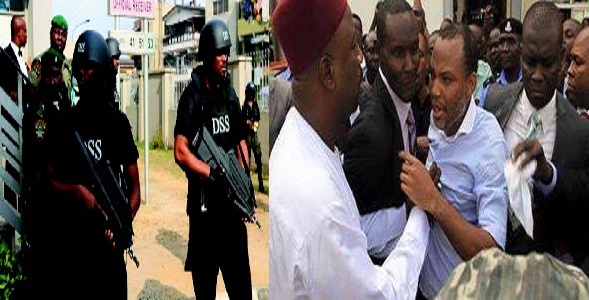 THE NIGERIAN DSS AGAIN, DSS ARE NOW THE TERRORIST


This is to inform the general public that despite the rulings of high court for the immediate and unconditional release of Nnamdi Kanu the director of Radio Biafra and the leader of indigenous people of Biafra, Nigerian DSS refused to let him go. All the necessary documents needed for his release were all secured yesterday and DSS refused to let him go. We are bringing this to the attention of the world.

what would you call a man called buhari who does not respect the rule of law, and the judiciary system and who also violates a court orders.....?
It is now obvious that nigeria is an islamic state and a lawless country.

What are your Comments ?
Posted by Unknown at 09:06